and let's not forget...WHIFFLE PIFFLE!!! 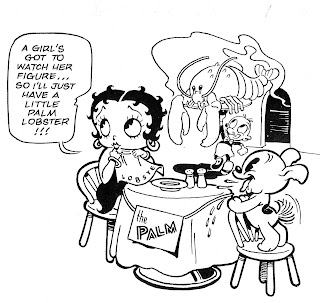 Is that how you spell his name? Anyway, he's the little fellow cheerfully carrying the lobster to Betty and Pudgy. One of the Fleischer Studio's lesser stars, but I like him all the same, so included him in this promotion piece King provided to the Palm Restaraunt chain. (Speaking of the Palm, if you're ever in New York City, go to the original Palm on the east side. As you enter, directly to your right you'll see a painting of Betty Boop I did on their famously cartoon cluttered walls. Then go stuff yourself silly, which is not too diffucult a thing to do at the Palm).
Once again, folks, I'm off to San Diego this week, and will be on the Popeye Panel on Thursday. Hope to see you all there!
Sde.
Posted by sdestefano at 10:02 AM 8 comments:

from the "BOY, I'VE HAD A WEIRD CAREER" dept. 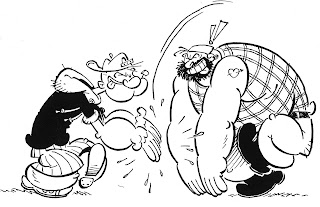 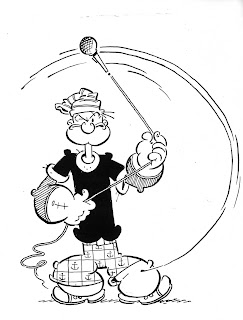 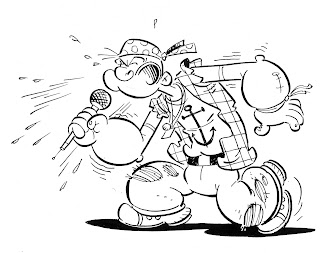 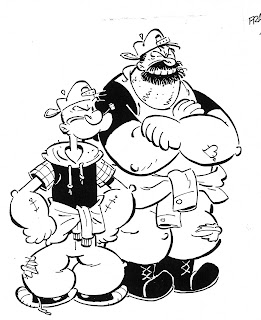 Not a hoax or an imaginary concept, these are images from King Features' "GRUNGE POPEYE" 1995 licensing push.
At least I got to draw Bluto, instead of the insipid Brutus (see my post regarding this particular prejudice further into my blog.)
Posted by sdestefano at 9:52 AM 6 comments: 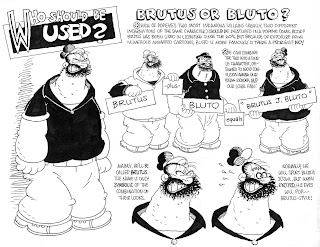 It used to bug me, while freelancing for King Features, that I had to draw BRUTUS, a character I had little respect for, instead of BLUTO, a character I quite loved. This is like about 20 years ago.
Posted by sdestefano at 9:31 AM 6 comments: 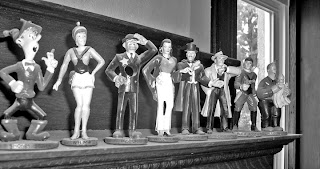 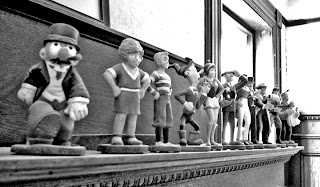 These are cherished and dusty in my home.
And why did Dark Horse stop making them before they got around to producing WASH TUBBS and CAP'N EASY?
Photos by the staggeringly talented Shivers Mullen.
Posted by sdestefano at 9:28 AM 5 comments: 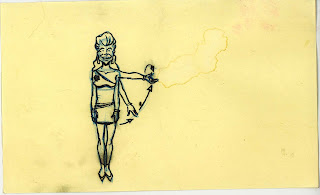 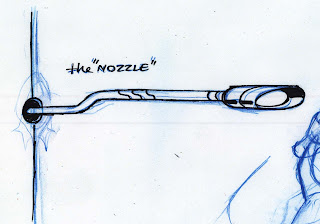 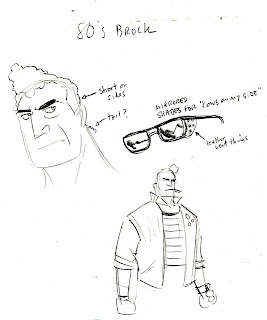 The first storyboard out of the season 3 gate was finished this past week, and it's spectacular. No one, repeat, no one will be disappointed watching any of the VB's this coming season.
I've no idea when it starts airing.
The above drawings are by myself and the incomparable Mr. Jackson Publick.
Posted by sdestefano at 9:23 AM 3 comments:

POPEYE (what else is new?) and SAN DIEGO 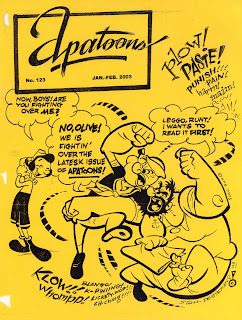 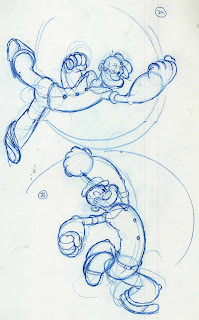 Here, I'm posting two Popeye pieces most of you've probably never seen before. The first pic is something I did for Jerry Beck's APATOONS, several years ago. As Jerry posted recently on CARTOON BREW, he'll be on a panel at the San Diego Con celebrating Popeye's career, and touting the release of Warner Video's awesome new DVD set. The news is, I also will be on that panel, attending San Diego for the first time in, no shit, fifteen years. San Diego used to weird me out, and honestly, I'm a little nervous about attending, but am also looking forward to the panel. It's on Thursday morning of the con, which seems like a weird time to me, but, whatever. Thanks to the folks at Warner for promising to fly me out there, and of course, to King Features' Frank Caruso, who insisted I go. Please, please, if you're attending the con, stop by and say hello.
The second drawing is a rough of the only new piece I did for the forthcoming POPEYE DVD packaging.
Posted by sdestefano at 8:51 AM 4 comments:

From the DeStefano Files

I found this while looking through my files a few weeks ago. A page from a story I did for Paradox's BIG BOOK OF SCANDALS. I must've done this at least 10 years ago, but it still holds up, to me. Not so crazy about the structure of some of the characters, and a few of the compositions could be better, but overall, I'm a little impressed with myself, I must say. Clearly, I was trying to assimilate all I'd learned during my time on the West Coast, and the Kurtzman and Kriegstein I'd been studying. Nicely spotted blacks, I think. This is page one of three, and they're hard to scan, because Paradox's drawing paper size was quite large, but if folks're into it, I'll post the other two soon.
No, really....
Why is everyone rolling their eyes....?
I mean it.... 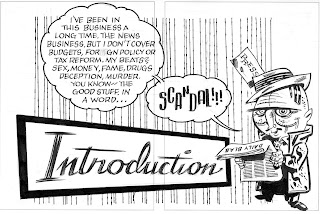 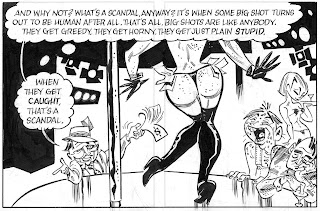 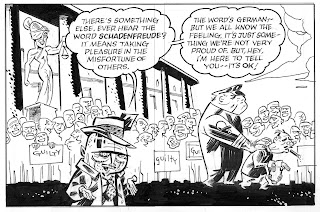 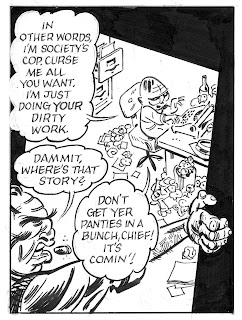 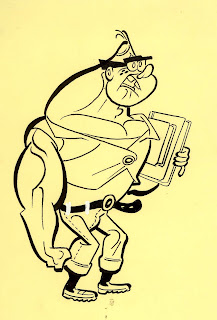 Part of a rejected pitch by Peter Browngardt and myself.
Posted by sdestefano at 8:39 AM 3 comments: