LUCKY IN LOVE, my graphic novel with writer George Chieffet, is coming along quite nicely, thank you. I've only a few pages left to draw of the final chapter in volume 1 before I deliver to our publisher, Fantagraphics, at the beginning of next month. I got a fairly huge chunk of it done this past month, with much thanks to my employers at Cartoon Network for giving me the time off. A month makes a huge difference when inking 35 pages.
LUCKY is actually a book that's been years in the making, though.
And LUCKY wasn't always LUCKY. Originally he was named "Cholly Potatoes". A year or two after that, he was named "Lefty".
I thought it'd be fun to share some sketches and strips I'd done over the years developing the character---I've tons of this stuff, but here's a little of it to start with. 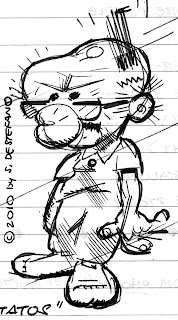 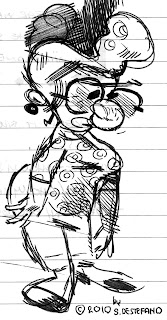 These drawings are cute, if I say so myself, but George wasn't comfortable with them. "How can you tell a serious story with characters that look like Smurfs", he said. 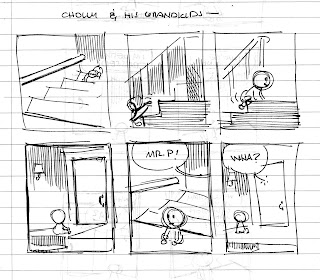 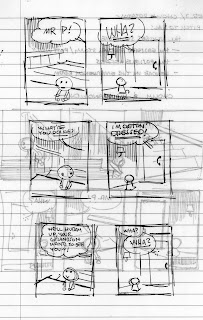 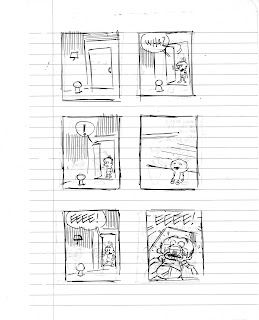 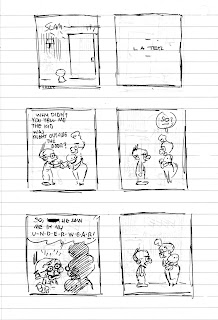 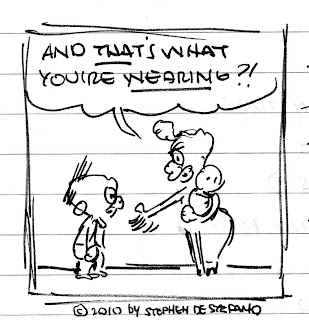 "A serious story"?
I dunno. Clearly, I hadn't thought about how you told a serious story with characters two heads tall. Thankfully, George's question had reminded me of an idea I'd pitched years ago to David Mazzucchelli and Richmond Lewis, which was: What if you told a Faulkner-esque story in comics, drawn in the style of DAGWOOD AND BLONDIE?
George was much more comfortable with BLONDIE than SMURFS, and our pint-size "Cholly" grew a couple of heads to become the still rather petite "Lefty Testatuda".
Which is kind of close to what he is now, but he still had some growing and changing to do. 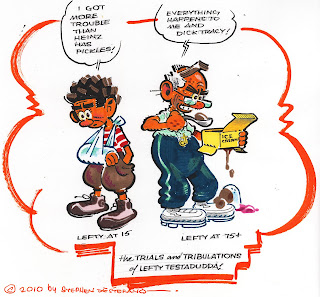